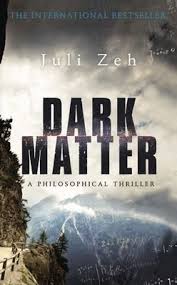 In the book “Dark Matters” we meet Sebastian and his lovely family, consisting of the wife Mikey and the son Liam. Sebastian has a friend Oscar. Sebastian and Oscar are physicists, their views on some questions vary, but this does not stop them from being friends. In general, these two characters cause conflicting feelings. They are two big opposites.

In the center of the story is the friendship of two physicists. The book doesn’t devoid of aesthetics and rivalry. A small town, a river with ducks, family dinner, jealousy, parallel universes, a pharmaceutical scandal – this book is impossible to describe in two words. Love is unspoken, but it saturates the essence of each hero. They feel free, that’s why it is very easy to read this novel.

Both the author and the book were absolutely new to me. At first, it was a book about German physicists with their scientific disputes. But then this boring novel about physicians suddenly turned into a chic thriller. Moreover, it is not just about two opponents who need to prove their case. No, these are the two best friends, that’s why it is even more interesting.

Perhaps I don’t consider this book as a detective story. Even though there are a commissioner and a police inspector. Perhaps it is some new genre, partly associated with the detective, but not in the classical sense. As for me, this book is a detective in a philosophical and scientific sense.

The second novel of Juli Zeh,” Dark Matter”, is a stunning philosophical thriller, a magnetic novel of ideas created by the inimitable talent of a new star of European literature. And in my opinion her commissioner Schilf could definitely take his place among the famous literary detectives.