Perfume: The Story of a Murderer

Perfume: The Story of a Murderer 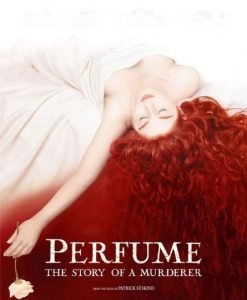 I really like the self-titled movie, it’s gorgeous. But the book is a real masterpiece. It would seem that the entire story is already familiar to me and the book is unlikely to be anything that can surprise me, but it managed to do it. Especially I liked the author’s language, it is extraordinary, very colorful and bright. The writer harmoniously combines incompatible things and this is quite interesting. The main character of the novel is Jean-Baptiste Grenouille. He was born on the market square among slop and dead fish, he had little chance to survive, but he could. Grenouille was endowed with a special gift, he had an excellent sense of smell, which caught and kept in memory all the smells that had ever met. Initially, the circumstances in which the protagonist was born make us feel sympathize with this poor child, because no one knows that he will become a monster, which will kill to achieve his goal. The novel is exciting from the very beginning by an unpleasant description of the local market, which from the first lines dips the reader into the world of smells. The author tells how Paris smells, how people, rivers, houses smell and at the same time he describes the magnificent, tasty aromas of fruits, flowers, fragrant perfumes. We are immersed in a whole universe of various flavors. And after such an impressive beginning it is simply impossible to stop reading. The novel is unusual and interesting, it is written very brightly and fascinatingly, it is easy to read, it has its own philosophy.

Grenouille cannot be placed on a par with maniacs and murderers, who kill for their pleasure. He is like some kind of alien creature, it who has to survive. Therefore, it is not possible to hate or condemn him as one would condemn any other murderer. He evokes a desire to understand to get to the bottom of this strange, insensitive, insane and simultaneously brilliant creation.

Susskind describes his inner world, desires and fears so logical and colorful. His path is so harsh, epic and incredible that the novel against my will causes a mixed feeling of delight and amazement. The end of the book is absurd, unexpected and the only true. So I cannot say that this is a bad work. It was magnificent.